The 10 Best-Paying Jobs In Australia - And The Worst 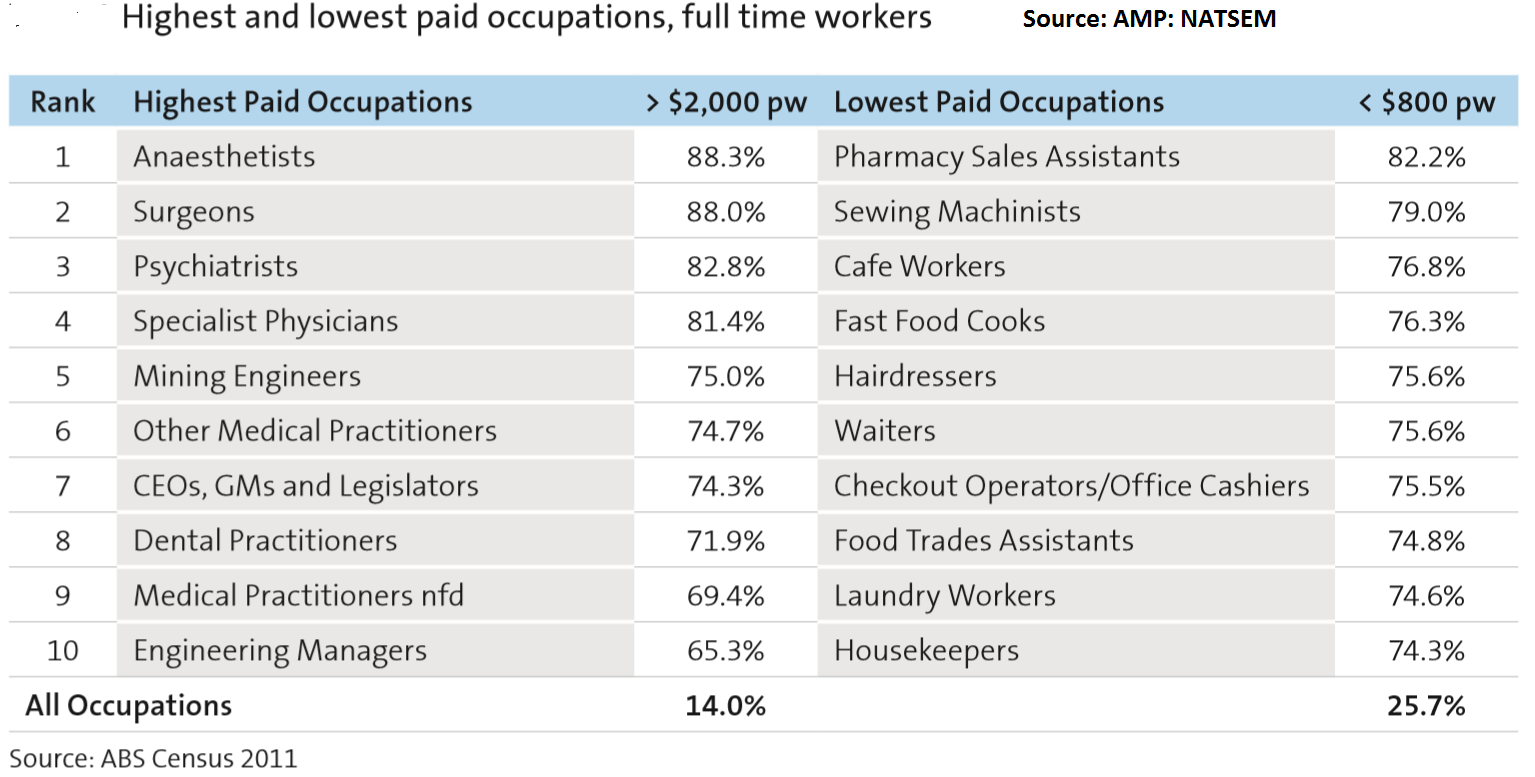 Anaesthetists are on top with with 88.3% earning over $2,000 per week. They are closely followed by a range of other medical specialists.

The relationship between hours worked and incomes generally holds true, so those occupations that had higher incomes (managers, machinery operators and drivers, technicians and trade workers) generally worked longer hours.

The exception to this was professionals, who had the highest incomes but had 55% of people working 40 hours or more, the lowest of the high group.